The below proposed wind farm site contains a glacial ridge and old quarry with steep vertical faces. The access track needs to ascend and descend this ridge and the gradient / curvature of track must be carefully controlled due to the mass and wheel base of the vehicles transporting the wind turbine components. A detailed topographical survey of the area highlighted in green was required for GIS analysis. 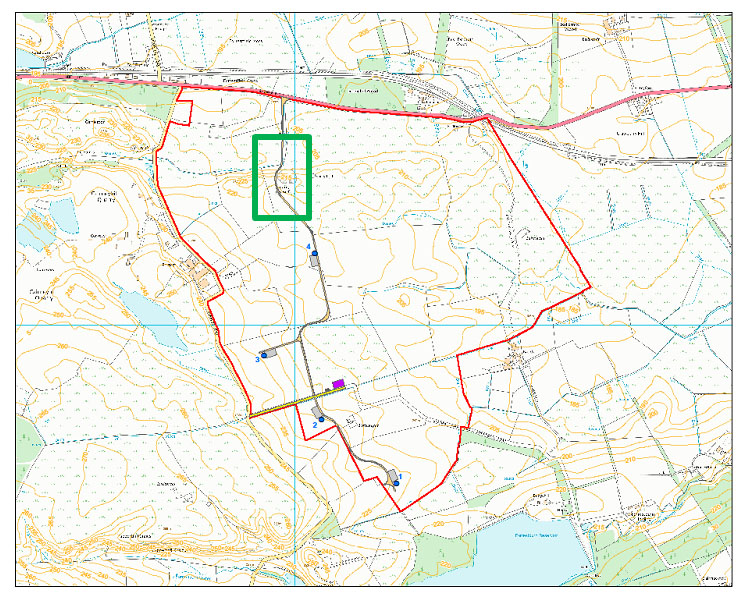 The below video from a drone circling the old quarry shows the steep gradient of the ridge.

The site area under investigating was mapped using a specialist surveying drone and flight control system. A flight plan was created at an altitude of 60 meters which gave a resolution on 2.6cm per pixel from the drone's high resolution camera. The flight corridors have a 70% image overlap to allow for very accurate 3D modelling and representation. 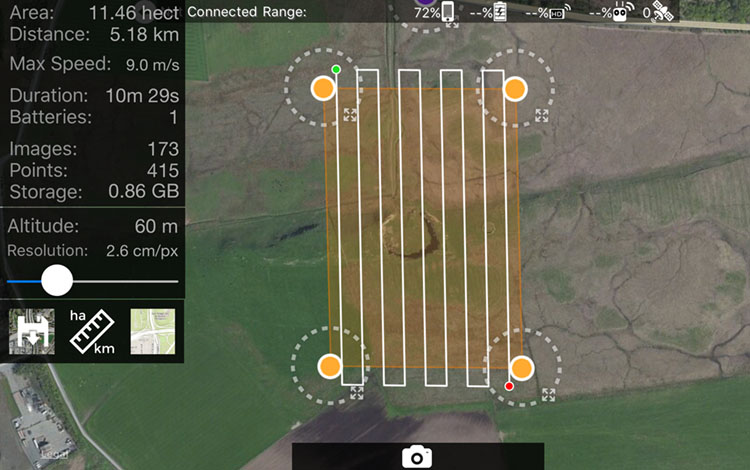 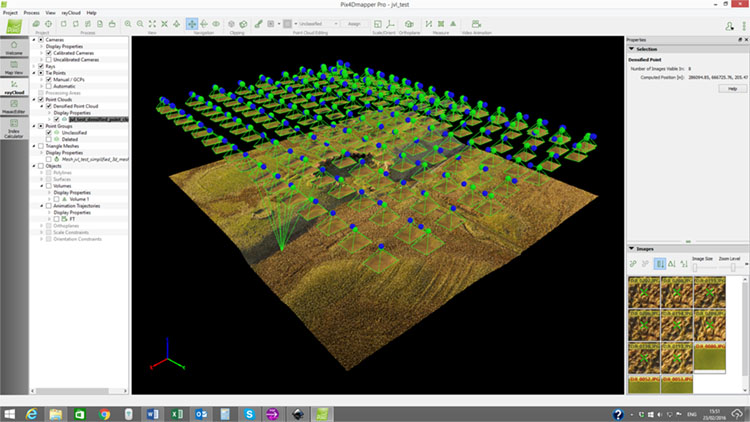 Drone photogrammetry produces LiDAR quality analysis results at a fraction of the cost associated with LiDAR. The following texturised 3D model was created.

From this model the following rendered 'fly through' video was created. This is an .mp4 movie file that can be viewed on pc, mac, tablet, iOS and android platforms. This was used for public exhibitions.

The principal analysis dataset is a densified point cloud .las file. As this topographical survey was for GIS analysis, based on client requirements, the following were also supplied:


DSM data contains all surface features for example trees, buildings etc. DTM data has these features removed so the dataset represents 'bare earth'. DSM / DTM data can be gridded up to a resolution of 5 centimetres.

If required, analysis of the 3D dataset can provide accurate cut and fill volumes and can be output to GIS software packages for advanced spatial analysis and / or professional charting. Similarly the range of outputted datasets and types can be exported and utilised to produce CAD deliverables (.dxf, .dwg) for visualisation and planning. 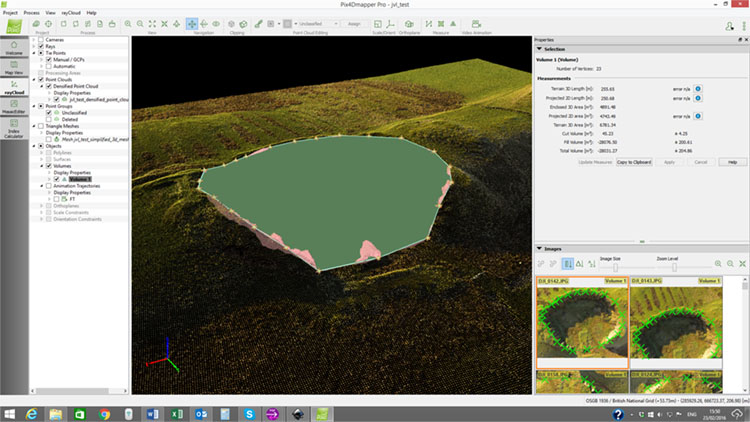